Unimus 1.9.0 is the biggest release of Unimus to date.
This release overview showcases the new features and improvements present in the 1.9.0 release.

With each new release, we also upload a release overview video, so if you prefer a video format, you can find it here:
Youtube - 1.9.0 Release Overview video

We improved the usability of Device Tags and made them more available across Unimus. Device Tags now have their own top-level menu, and managing them is more user-friendly. We have also added a new "Tags" window on the Devices screen, so you can tag devices directly from the Devices screen.

Since we were working on improvements to Device Tags we also improved the Device Access Limitation system. The Device Access table in User management has been simplified and made more intuitive. In the Devices screen, we added a new table that shows which accounts have access to the selected device, and what grants user the access. You can find this under the new "Tags" window. 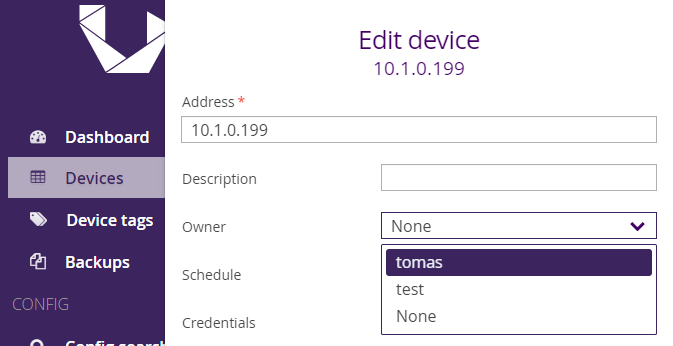 We have also added Device Ownership - when a user creates a device, he is the owner of that device. Owners have access to their devices even if limited by Tags, or other access-limitation. This fixes an issue where an access-limited Operator-level user was not able to see the devices they themselves created. You can of course change the owner of any device, or set the owner for a device to "None" in the device "Edit" window.

When creating a new credential, you can now create it in "High security mode". This will make the password for this credential completely private, and disables any "Show Password" features for that credential across Unimus. The password will be un-retrievable even to administrator-level accounts, making it easier to comply with security requirements in strict environments. 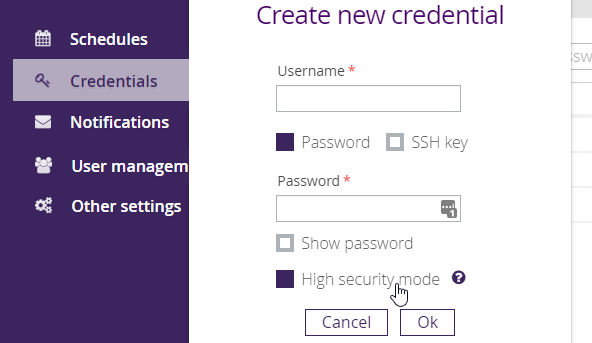 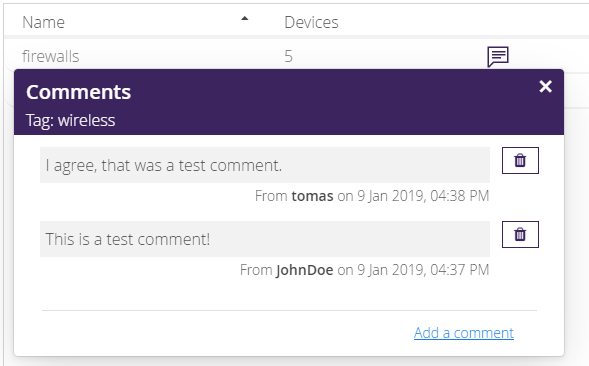 The "Comments" windows now have live-update, so when someone comments all other open Comments windows will refresh automatically. When a new comment is added to any entity in the system, all other users also immediately see the comment icon updated as well. This makes the commenting feature in Unimus update in real-time for all users, and improves UX dramatically.

In addition to these major features, we have also added support for 9 new devices from various vendors, as well as 9 other minor features.
There are also new API endpoints present for config change and diff retrieval over the API.

We recommend checking out the full changelog below for more details.

This release also contains fixes for more than 20 various issues and bugs reported since the 1.8-branch release.
We have worked very hard to eliminate all issues small and large, and fixed many edge-cases where device interaction would fail.
We are happy to report that from beta and RC testing, the 1.9.0 release is showing to be the most stable release of Unimus yet.

We highly recommend all users to upgrade to this release.